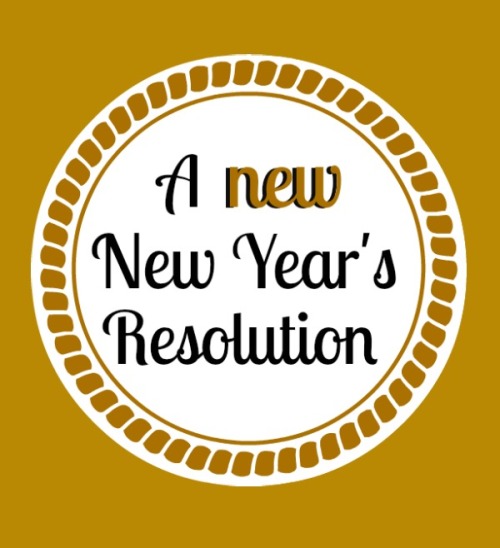 This past year, I’ve made it an effort to better myself. Whether it be tightening up a budget to be a better saver (and designating nearly every month as a “super saver month”) to trying to read more non-fiction books, I’ve spent a large majority of the second half of 2014 trying to improve upon what I’ve built the last 26 years. As expected, some newly formed habits stuck, while others fell by the wayside. Survival of the fittest in my very own life. It’s been interesting, to say the least.

As much as I love the familiarity of routine, I found that a lot of these things were almost too routine. Being a super saver wasn’t really helping when it came to trying new things and experiencing something different. Sure, making myself read different books certainly helped me to learn about new things or appreciate a different perspective, but I wasn’t doing anything. And so, it was time for a change.

Typically, my New Year’s resolutions tend to be a bit conflicting. For example, last year I resolved to be better about saving money. I also resolved to travel more and try new restaurants. I decided I wanted to eat healthier and also bake more. See what I mean?

In November, I decided that next year, I would challenge myself to try something new each month. It doesn’t have to be something huge or crazy, just something I haven’t done before or haven’t done in years. I was proud of this resolution. Not only would it help me learn a few new things, but I would be able to research and decide what that particular month would bring. Because sometimes, I have the patience of a small child, I asked myself why this resolution had to wait. I felt committed; I thought it over, and I accepted it a couple months early.

I’m happy to report that in November, I went out on a limb and tried not one, but two new things: a spin class and adopting a podcast. I started small, ok? Don’t worry, I’m not expecting a biopic anytime in the foreseeable future, but I am available should the opportunity arise. Only kidding. (Call me.)

The spin class didn’t take much effort on my part. A friend of mine sent me a link to a Groupon for a place nearby not long after I’d taken the Vow of Trying New Things. I bit. I’m not going to say it was the most fun I’ve had on a Saturday but I did it, and I have eight classes left to go – but who’s counting? The podcast task, however, was slightly more daunting. Not because it required an inordinate amount of effort, but because – I’ll admit it – I sort of stereotyped people who listened to podcasts.

I used to think podcasts were created for pretentious, Apple product junkies who liked to talk about the latest story they read on Beast or Gawker, all while sipping some off brand coffee, and inevitably tweeting about it. It was that awkward category on your first iPod that you probably didn’t pay any attention to, unless you were the aforementioned stereotype. I judged, and I judged hard. For that, I apologize. Because as I sit here today, I am 8 episodes in to a podcast called Serial, and I highly suggest that you get started on it, too. In case you’re wondering, there are 9 episodes so far, meaning that by the end of the day, I will be completely caught up. I started it on Wednesday.

My newest resolution has survived the month of November, and somehow it’s already time to think about December. If you’ve learned anything from this post, I hope it’s not that you need to get your resolutions in order. I truly hope that you’ve learned you should’ve started listening to Serial yesterday.