Throughout our trip, we each had our own specific highlights, some of which differed and some that aligned. For example, I tend to get more excited about royal things than most normal people and he, well in this case anyway, is more of a normal person. Paris at night is another topic where we were split. I preferred Paris at night. So much so that I wish I could’ve walked around from midnight until six in the morning. 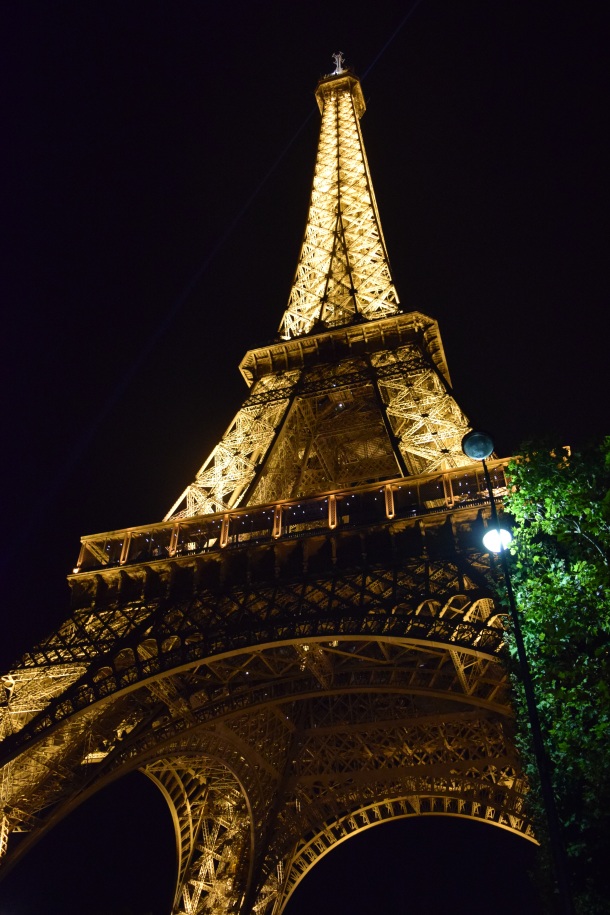 Our first night in Paris

I have absolutely no qualms about Paris in the daytime. The parks and gardens were a highlight of the trip as a whole, and these were afternoon activities for us. We were able to see various monuments and stroll through some of the world’s most famous museums. We munched on baguettes and even had our own picnic in a park, complete with wine from Monoprix. Despite these amazing experiences, I stand firmly that Paris is even more beautiful at night. 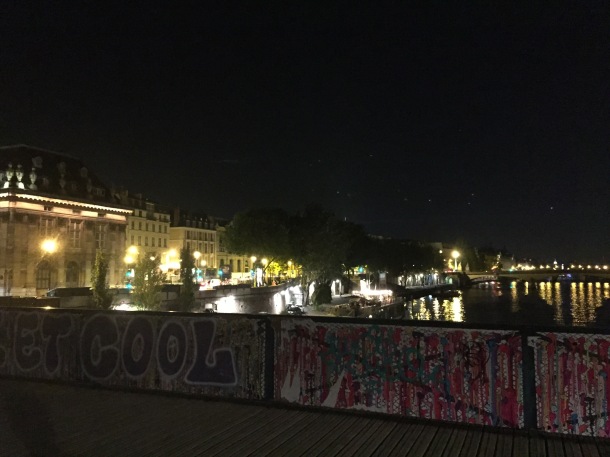 Views in the Latin Quarter

Despite the smaller crowds and quieter streets, the city appeared to come alive the second the sun began to set and the street lights flickered on. Paris’ true colors shone and everyone seemed perfectly content to be exactly where they were. At a cafe, sitting on a bench on one of the many bridges over The Seine, or simply going for a stroll, each person we passed, young and old, seemed to be right where they were supposed to be at that moment in time. It was picture perfect. 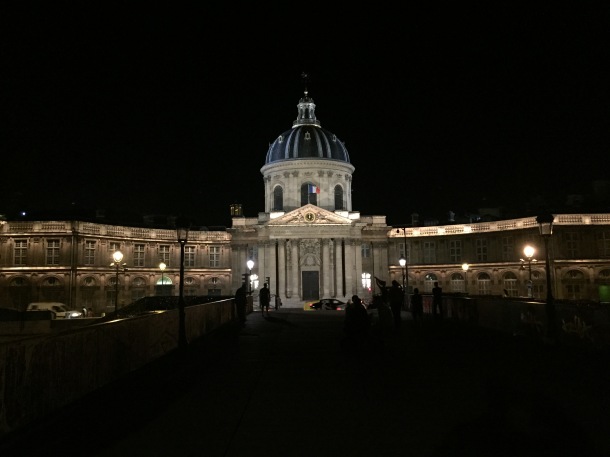 The dramatic lighting made the city of 2.24 million feel more intimate, more personal. Couples and friends were cozied into their spots in cafes and restaurants with no intention of leaving. The “American” in us made us dine on “American” time here and there – quickly, wondering why the waiter had yet to bring us the bill. Because of our speed, we’d pass the same people in cafes to and from dinner, some that were sitting there when we were on our way out were just getting their meals on our way back in. 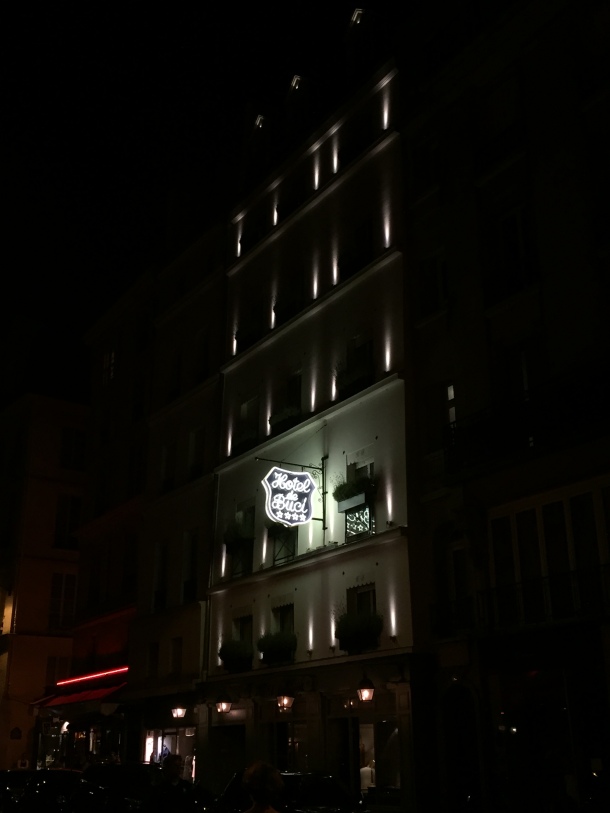 We did dine the way Parisians do at Le Charivari, a cafe around the corner from our hotel in Montparnasse. Not surprisingly, it was one of our favorite meals and moments from Paris. Imagine that – a slowed down, intimate cafe experience turned out to be a highlight. (Sense the sarcasm.) 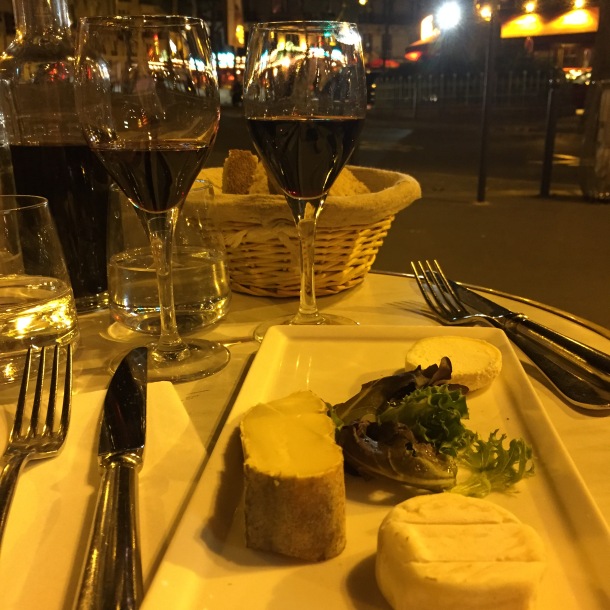 I think nighttime in Paris reminded me how important it is to be content with where you are and to appreciate every moment that allows you to slow down. There were plenty of people doing just that, and they seemed as though they couldn’t be happier to be right there, in that moment, soaking up Paris at night.

2 thoughts on “Paris at night”