Yes, you read that right. I took on ballroom dancing for my January “new thing challenge,” and I lived to tell the tale. Possibly even more shocking: my boyfriend did, too.

Two or three years ago, I was gifted with the promise that we would take a ballroom dance lesson. No, really. My birthday gift one year was ballroom dance lessons. Per usual, time got away from me and I think my boyfriend was secretly hoping I would forget forever and always. For a little while, he was right. Each time I brought it up, I’d forget a couple of days later. That is until I realized how ridiculous that was. I took the time to research the options and sent him a text saying we had a private lesson scheduled at 1pm on Saturday; that was that. Time to cash in on my forgotten birthday gift.

And then the nerves started settling in.

I grew up dancing but had never partnered before. My boyfriend had never taken a dance lesson in his life. His go to move is a hip shake. I feared I would automatically lead and have a hard time depending on someone else.

The thought of a private lesson was pretty daunting, too. It would definitely be better in the long run, but having all of the attention on us meant that no mistake would go unnoticed. 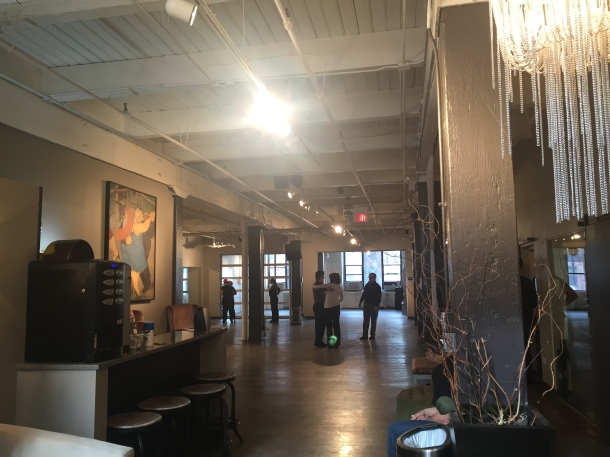 That said, our teacher, Gregory, was anything but intimidating. He started out the lesson by asking about our dance and music backgrounds. After that, he taught us foundation steps and helped us realize that there are essentially three steps that make up most variations. This was good news for us! We just had to memorize the different timing for each genre. By the end of the 45 minute lesson, we had gone through the basics of the fox trot, waltz, rumba, swing, and hustle. (Yes, the hustle.)

After the lesson, we signed up for four more. Watch out, Dancing with the Stars, here we come. Or maybe it’s more so, watch out 2016 weddings. That dance floor is ours. 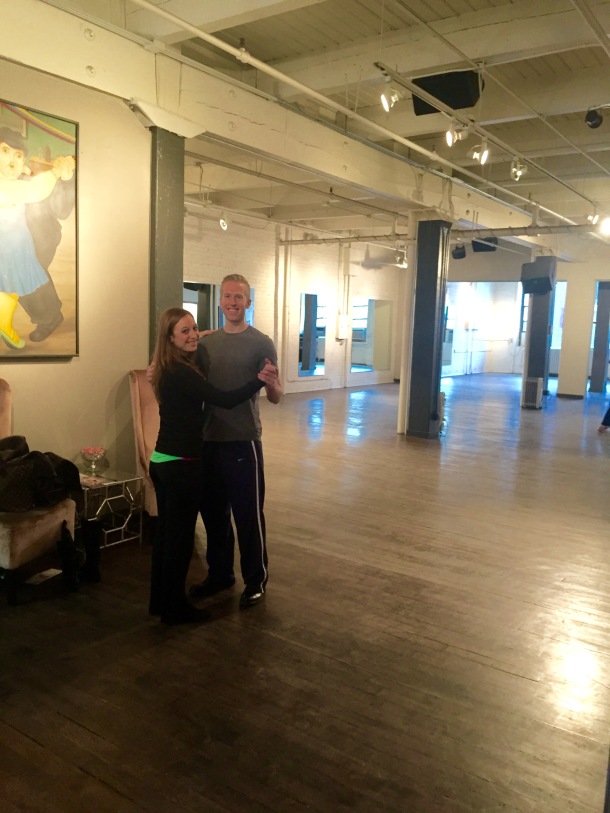