In honor of my dad’s birthday, I decided to do a roundup of some of the things he’s taught me. Sure, there are countless things I’ve learned, forgotten, and then relearned but alas, there are only so many hours in a day and I don’t want his ego to get too big. I stuck to a few favorites as well as some that may help you out, too. 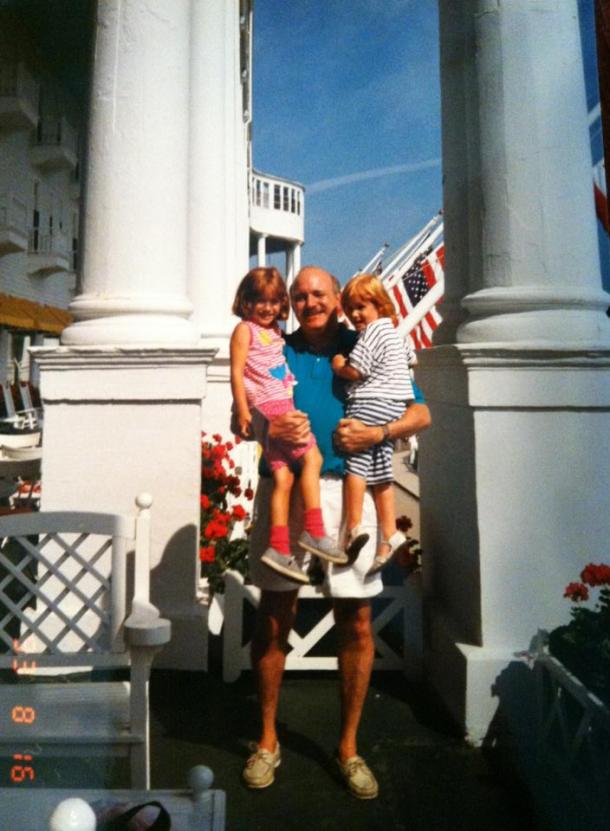 If you’re standing up for something you truly believe in, it’s ok to take a strong stance. Some call it stubborn, but I prefer the term passionate. My dad has always been a supporter in fighting for what we believe in, so long as it wasn’t our curfew or weekly allowance, and also so long as it was legal. (Though it might be a good idea to ask for that allowance back. It’s been awhile, we’re in “re-approach” territory. We’ll talk over your birthday dinner, dad.) It’s nice to have someone in your corner when fighting for what’s right. If I hadn’t fought so hard for a Colletti family dog, we wouldn’t have Buddy – took me eight years but I got there. Fight the good fight, right?

The importance of dessert. And that there’s usually room for it. This is a bit of a double edged sword. While I blame my dad for the fact that I go weak in the knees at the mention of practically any dessert item, I can’t deny that my life has been a whole lot sweeter for it. (See what I did there?)

If I ever need to know anything about sports, I can ask him. The man is faster than Google. Need a stat or a name? Ask him, he’ll tell you.

The same goes for facts about Kansas City. The man is an encyclopedia! Heading to the KC area? Let him know and he’ll give you a list of things to do. No, really. He probably has a mental list categorized and tailored to your particular interests. He just has to write it down.

Tomatoes with a little bit of olive oil and salt and pepper make the best snack. This needs no explanation. Go purchase these items. And, don’t be afraid to try tomatoes with a small sprinkle of sugar!

When walking long distances and throughout the winter months, you must throw the idea of fashion over comfort out the window. I’m not saying I abide by this piece of advice daily, but after countless nights with numb feet and cheeks that have been slapped too hard from the cold wind, I’m just saying I see his point of view. I get where he’s coming from; that’s all.

Oldies music is way better than whatever the kids are listening to these days. Thank you, dad, for getting annoyed with basically anything that was playing on b96 and for always turning the dial to Oldies 104.3. Mom had a hand in this, too, but you were on board with Elvis Presley and the Beach Boys, which is huge.

If you’re a timely person and dealing with someone who runs late, it’s best to avoid that battle. You will lose. He’s had plenty of practice dealing with my mom’s aversion to being on time, and when you throw my sister and I into the mix, it’s just not worth the fight. You’ll be happier the sooner you accept this. Hint hint.

On the same note, honking in the driveway doesn’t make the late-runners any earlier. I’ve seen it in action. I’ll give you an A+ for effort, though!

Being the bigger person may not be the most fun at the time, but it’s usually the best route to take. Alright, I can’t give you all of the credit for this one, because mom also preaches this regularly, but I didn’t want it to be missed. I appreciate that you’ve acknowledged that sometimes the right thing to do may also be the most annoying thing to do, and that’s ok. Because it’s worth it in the end.

As much as it pains high school me to say it, sometimes parents are right about things, and you can admit it now.

Stay tuned for the Mom edition, due February 2015.

2 thoughts on “Things I’ve learned from my dad”