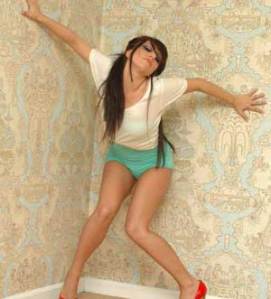 Wow, really?  Does she want to be taken seriously?  I’m all for good fun in songs, but that’s awful and awkward.  It leaves space for far too many unexpected conversations with parents.  I don’t care how old you are, it is never ok to sing “I wanna take a ride on your disco stick” in front of anyone you respect.

I feel like Lady Gaga is seen as the weird new artist and she feels as though it is her one job to live up to that expectation.  Just Dance bounced off the walls at  parties and flew out of multiple sun roofs.  Fans could sing that song without fear.  This one?  Not so much.  She sounds like a raunchy version of the Spice Girls.  Bleagh.

Final thought: What the heck is a disco stick?