It’s a tragedy. Losing not one, but multiple friends in one fell swoop. You catch up with them weekly and know their innermost secrets. You’ve been introduced to their family and have seen them at their worst. At times, you can even predict what they’ll say next, especially if the friendship has lasted for years.

Sure, this may seem dramatic for a seemingly very one sided and perhaps unrealistic friendship, but I’m hurting over here. Downton Abbey had its series finale on Sunday and I am not ok. After learning the inner workings of the Crawley family and getting to know not just the upstairs characters, but also the downstairs characters (I’m very open minded), I’m left with nothing but memories.

I fell in love with the Crawley story for a few reasons. There are few things I geek out over more than the royal family. Each Sunday felt like I got a sneak peek into the secret life of a royal family member. Plus, my BFF Kate Middleton is a fan of the show, thus making it a very legitimate obsession in my eyes.

My BFFs. Photo by NBC 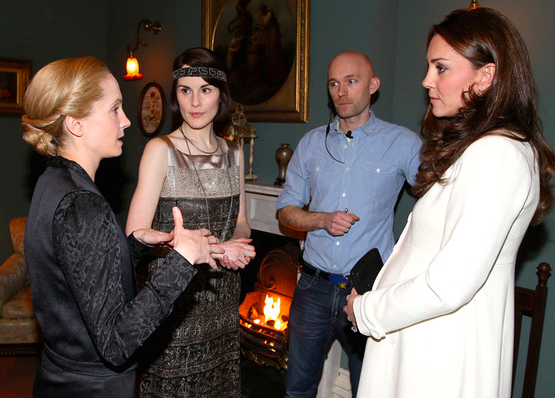 I also fell in love with Downton Abbey because of the characters. Julian Fellowes creates genuine and believable characters. He makes you want to learn more about each and every one of them, because nothing seems too far out of place. It’s unsurprising that the head butler has an extreme loyalty to the family, perhaps to a fault. Making the oldest child a bit of an attention monger and bully to younger siblings is something you might find in any family you pluck off the street. I believed in these individuals and never felt like I was being pulled into an unbelievable story line. And now, my favorite TV friends are no more.

2 thoughts on “Mourning the loss of TV friends”